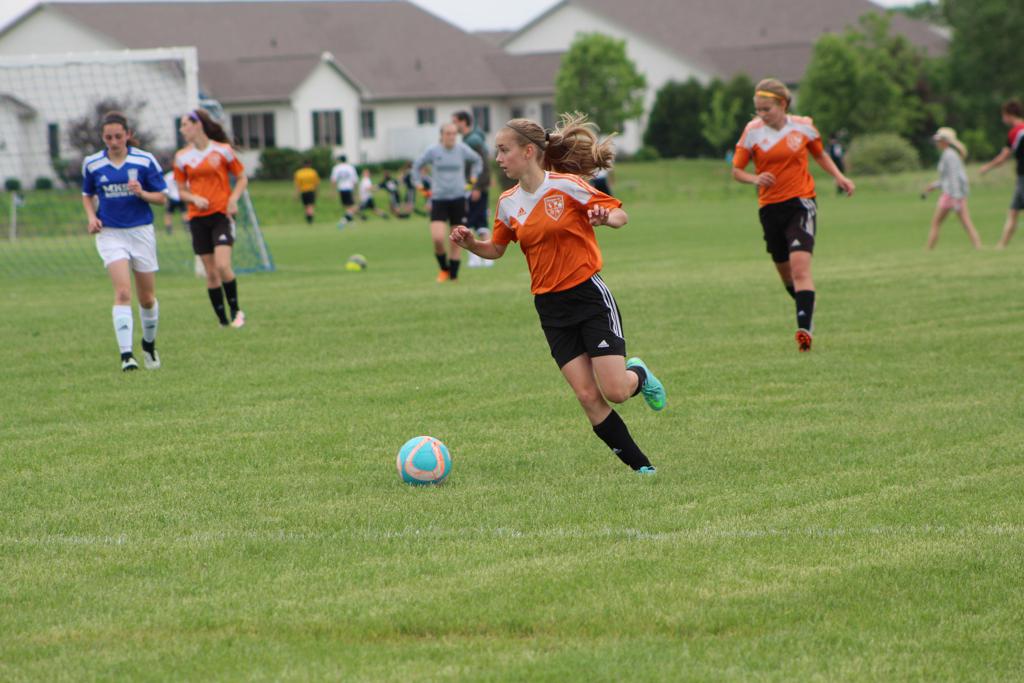 The primary focus of the Oregon SC Competitive program is individual player skill development at higher levels of competition with, and against, competitive players.

Development of individual skills is a primary goal balanced by some instruction of team tactical play. The overall goal is to promote the enjoyment of playing soccer so kids will continue to play well into adulthood. Players can participate in other sports in addition to competitive soccer.

Oregon SC believes that professional coaches offer the best opportunity to maximize players' development. We generally look for coaches with extensive coaching education and licensing, and prior experience and success coaching youth players.

All 11U through 19U competitive teams will practice three times per week for 90 minutes, with the Friday session combined with at least one other team.

Rondos: More Than a Warm-Up Our primary shirt for Competitive teams for the 2021-22 season is the orange and black mi Competition, and our alternate jersey is the gray mi Squadra 17, which includes some black and orange on the sleeves. The adidas uniforms are again sponsored by One Community Bank and provided by Stefans Soccer.