In 2018, the Oregon SC Board started what it hopes will become a tradition of the club supporting a charity each season.

For the 2019-20 season, the Board selected suicide prevention as our charity. Several club families encouraged supporting mental health programs in memory of friends and family members.

On average, one person dies by suicide every nine hours in Wisconsin - and suicide is the second-leading cause of death for people aged 15 to 34 in the state. In 2017, almost five times as many people died by suicide in Wisconsin than in alcohol-related motor vehicle accidents.

Oregon SC will make a donation to the American Foundation for Suicide Prevention, and we encourage families and individuals to do the same. Half of the donations collected through our fundraising page will be used for AFSP events in Wisconsin.

To further show our support, Oregon SC Competitive and Academy boys and girls teams will wear yellow socks during their games in September, which is National Suicide Prevention Awareness Month.

We understand that discussing suicide with your children can be difficult. Here are some resources you might find helpful:

During the 2018-19 season, the selected club charity was cancer research. Competitive and Academy teams wore pink socks during games in October, and the club made a $1,200 donation to the UW Carbone Cancer Center.

Our hope going forward is for the club to select a different charity to support each season, based on input and feedback from club families. 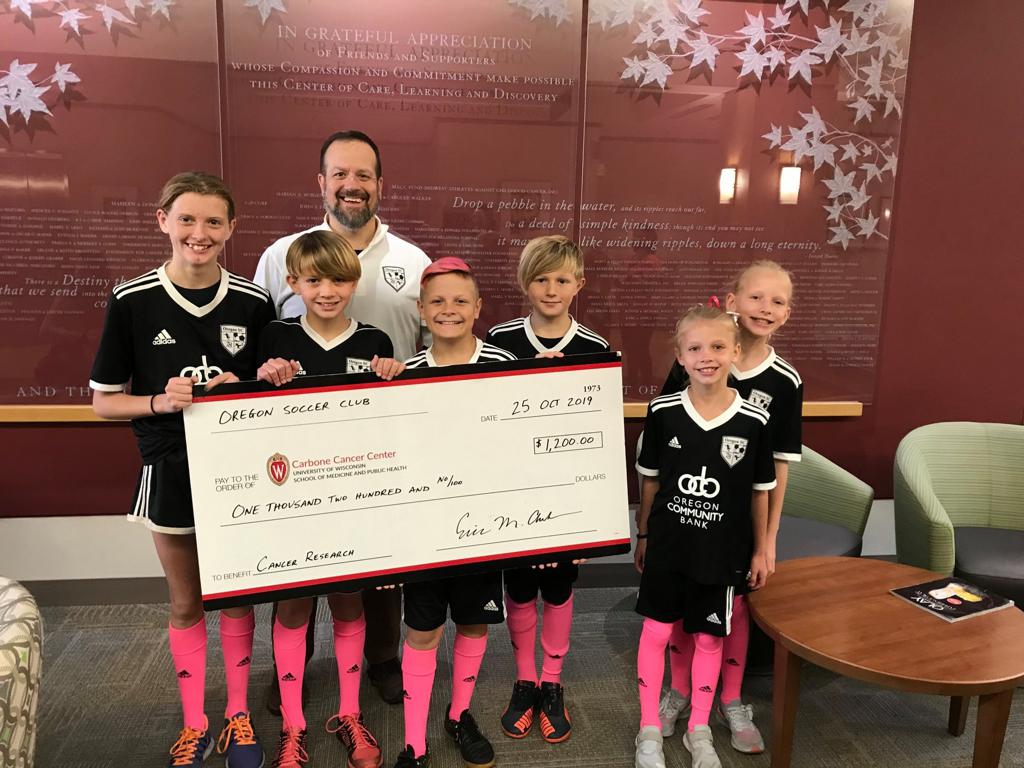 Oregon SC players Alex, Kaleb and Tra Schmidt, McKinley and Nora Younggren and Barrett Anderson presented a check for $1,200 to the UW Carbone Cancer Center for cancer research following the club's charity for the 2018-19 season.